I turned off the engine and got out of my car. The first thing I noticed was the quiet. My footsteps crunched. The sound shattered the quiet so I stopped moving.

Not even a breath of air disturbed the stillness.

I strained to hear something, anything. A distant bird cry, found my ears. A hawk floated on invisible air currents above a mountain meadow. It had seen me first. Its screech brought relief. I had not lost my hearing, rather, I had lost the noise of cities and people when I drove beyond the paved road. It would take some time for my brain to adjust to the back country silence.

Heavy footsteps echoed against the mountains, coming closer. A father and son lumbered past, walking a nearby trail with rifles and backpacks. Deer hunters. They were not quiet. The deer would hear them coming.

I turned from my overlook and hiked into the Aspens. The stillness of open land evaporated amidst the stand of trees. It was not that it wasn’t quiet. It was more that the trees were aware of my passing and were whispering among themselves. I could hear them, but I could not understand the words. I was not unwelcome, but I was watched.

Fall had come to the high mountains. The calendar did not yet speak of winter, but the nearly barren branches spoke of cold nights and shortened days. Fall colors still glowed beneath the trees, holding on to their end-of-life color. There must be an inherent knowledge in nature that life will come again in order to celebrate death with such brilliance.

In the distance I could hear the soughing of water. In a few minutes I found the stream. It wasn’t a big stream but it had been raining and the gentle babble was swelling to a rush. A persistent drizzle suggested more rain was coming. Perhaps the stream had river aspirations.

I would not stay long in these mountains, this day. My journey was meant only as a reminder of peace and place and permanence in Mother Nature’s cycles.

I would touch the earth to quiet my soul and take with me a portion of stillness. 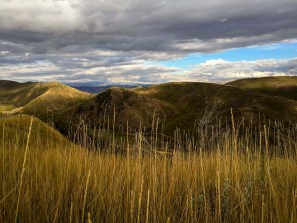 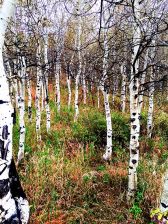 The leaves are mostly gone from this aspen grove behind Mt. Timpanogos, although fall colors remain.

Moss grows rich and thick and green near a small stream in American Fork Canyon. 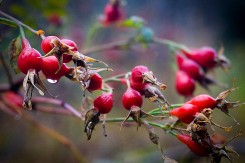 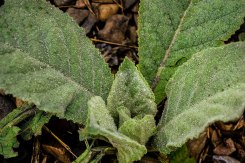 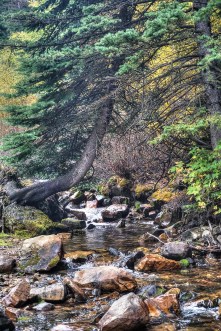 Although many leaves have fallen at high elevations, some fall colors remain along this stream in American Fork Canyon. 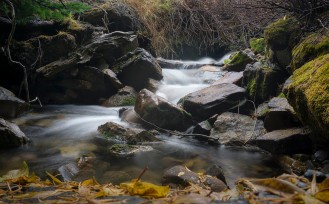 Slowing time on a mountain stream in American Fork Canyon.

Moss grows on all sides of these woods in American Fork Canyon.

Fall colors reamin in an aspen grove near Mt. Timpanogos.

Rays of light penetrate the clouds just before sunset in American Fork Canyon behind Mount Timpanogos.

A rain storm brews over Downham, England, which, by the way, bears a remarkable resemblance to the Shire of Middle Earth.