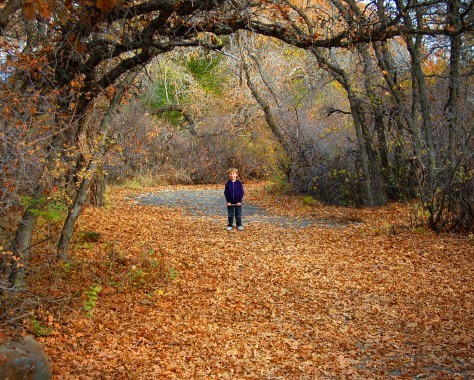 School was out.  I would meet him on the path.

I could see him, standing there.  He didn’t have far to go.

I could see his face, from a distance.

Then I heard it growl.  Behind a tree.  It barked.

I could see it.

The dog was small. To me. I smiled, not realizing I had been holding my breath.

It posed no threat.

But he was small, too. So small. To him, the dog was big. Huge. Terrible. Mean.

The menace was between us.  He would not pass.

He looked at me for help and shuddered.  I could see his eyes well up.  The sob was uncontrollable, involuntary.

He didn’t know that.  He wasn’t sure.  To him the threat was real.

I closed the gap.  I challenged the foe.  I vanquished the demon.

He held my hand as we walked home. His little body shook with sobs he tried to hide.  We didn’t speak.

That night, with some time and distance, he told me about the monster.  It blocked his way.  It threatened his life.  It captured him and wouldn’t let him go.  It was too big, too scary.

I saved his life. He said.

I laughed and held him on my lap. I sang a song to help him sleep and went to bed.

The way was dark.  The threat was real.  I could not pass.  I felt the violent sob shake my soul.

You can make it.  I heard him say.

In the dark I reached out.

He took my hand and we went on.