I lived in New England for two years. My first winter was spent in New Hampshire and Massachusetts, my second winter in Maine. Both winters were brutal. I was cold all the time. Nor’easters or down’easters were common. I survived the blizzard of ’78. One storm was so bad we couldn’t open our apartment door because the snow drifts were too high. We had to climb out the window and dig out the snow so we could open the door. Another time, we lost power for days because the ice storms had stripped the power lines and trees. The damage was horrific. But the world was sparklingly beautiful. It was during this time that I fell in love with the poetry of Robert Frost. His words evoke imagery and meaning with powerful poetic device which transcends place. 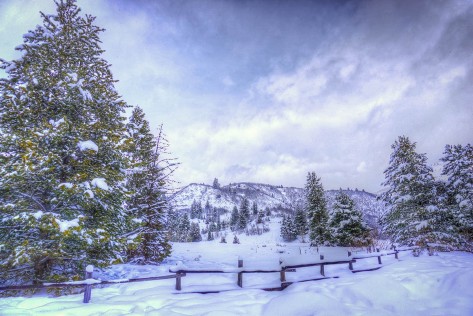 I no longer live in the east. Yet the seemingly simple home spun lessons of the New England poet stay with me. The words resonate in my western surroundings in spite of their New England sensibilities. Frost’s poetic imagery transcends time and place. The inspiration I found in the New England woods is also to be found in the Wasatch Mountains.

Whose woods these are I think I know.
His house is in the village though;
He will not see me stopping here
To watch his woods fill up with snow…

…He is all pine and I am apple orchard.
My apple trees will never get across
And eat the cones under his pines, I tell him.
He only says, “Good fences make good neighbours”… 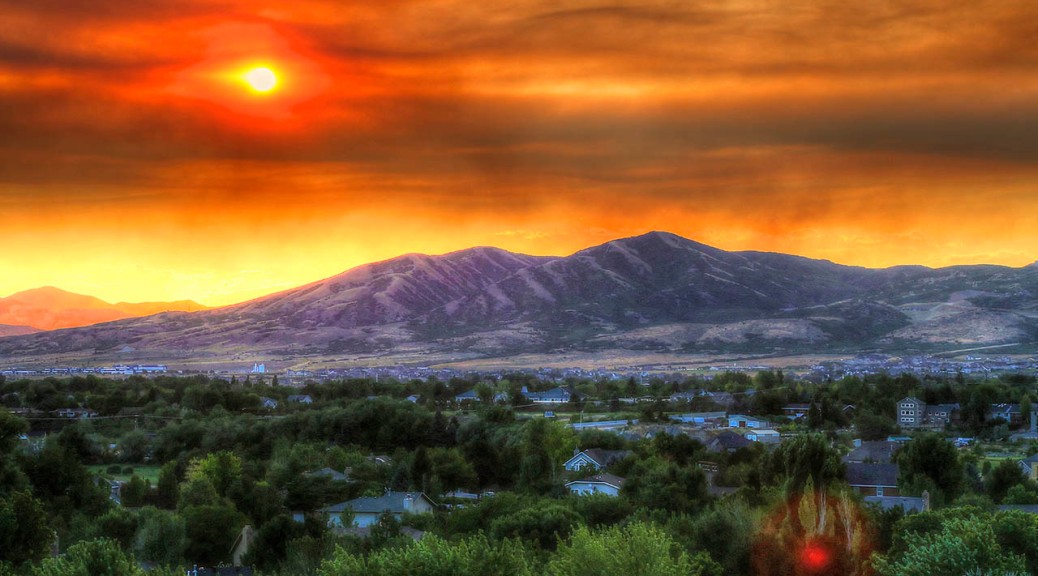 Some say the world will end in fire,
some say in ice.
From what I’ve tasted of desire
I hold with those who favor fire.
Robert Frost 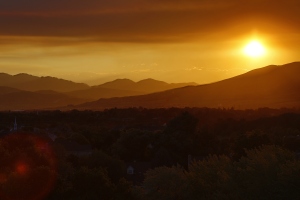 Drought conditions, high temperatures and low humidity contribute to apocalyptic sunset conditions in Utah County. On July 21, it felt like the end-times had arrived. While Robert Frost went on to suggest that ice would also suffice, the state with the Greatest Snow on Earth was  and is far removed from ice-like conditions.

In this case he may be wrong. It is entirely possible, excepting Mother Nature’s lightning strikes, that we did start the fire. According to Kate Galbraith of the New York Times on September 4, 2013,

Increasing incursions by humans into forests, coupled with altered forest ecology and climate change, will make fires bigger and more destructive, with implications for air quality as well as homes and infrastructure. 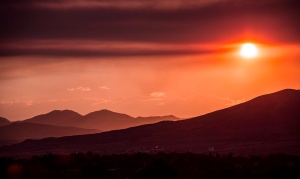 I can’t speak for the globe, although, in the last three years I have visited every continent. What I can say, is, IT IS HOT. And, I can say, along with Robert Frost, that I favor fire. I don’t mind the heat: although, when I see the sky, the sun, the clouds, changing to apocalyptic red, with smoke tendrils ominously reaching out, I’m chilled, the hair rises on the back of my neck, and I think, along with Frost, that ice…would suffice. 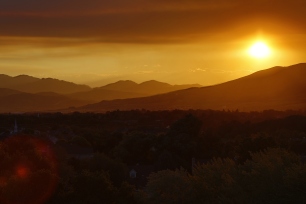